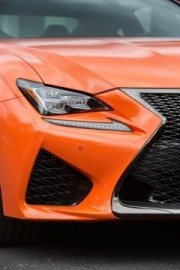 At some point in the early 2000s, Lexus approached peak grandma. Cars like the SC convertible and the ES sedan were arguably its best efforts, just when Cadillac was brewing up a revival and BMW putting out some of its best machinery before electronic controls became a generation’s voodoo curse.